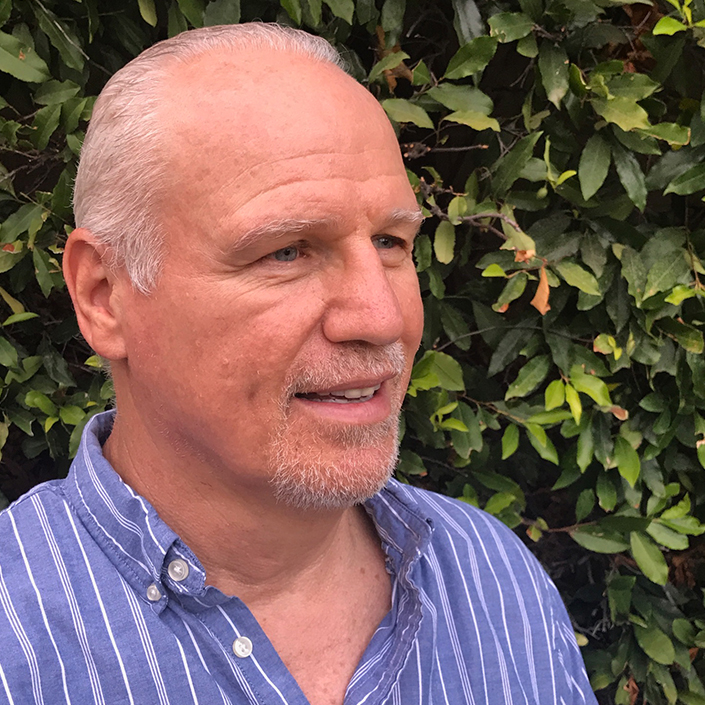 Mardy Cobb was born in 1957 in Orange, Texas, a small town in the southeast section of America's second-largest state. His parents were Willard and Norma Cobb and he was the youngest of four sons. Willard Cobb, a chemical engineer, died when Mardy was three years old, leaving Mardy’s mother to raise him and his three older brothers.

Mardy gained his primary and secondary education in Texas and excelled in both scholastics and athletics. As a young boy, Mardy was an insatiable reader, a trait that is with him to this day.

In 1979, Mardy moved to California where he met Elaine Roos, whom he would later marry. He completed his undergraduate studies as a married student. His liberal arts degree from Ambassador College had a special emphasis on theology and public speaking. His graduate studies focused on philosophy.

In the middle of the decade of the ‘80s, Mardy was active as a teacher, a speaker, and a professional purchasing agent. In 1986 he began an exhaustive study of the Gospels. He was driven by the desire to fulfill the calling he had been given and to share the most important truths with those who are hungry for them. The culmination of years of research and writing was a comprehensive piece entitled “By The Book.” As an author, Mardy has been asked to facilitate gospel workshops, and speak to numerous audiences.

Having left the employ of the Worldwide Church of God in 1996, Mardy continued to serve in a local church of the WCG for as long as the truth could be taught. In 1999, due to the urging of those who were without a pastor, Mardy began to help a few of the scattered faithful by continuing to hold Bible studies in his home. By Pentecost of that same year, it became obvious that a church was being called out to do a work. Having served in the Administrative Department of the Worldwide Church of God for over ten years, he was well acquainted with the dynamics of Church leadership. Within the next year, Mardy’s willingness to serve these little ones led to his confirmation as the director of The Church of God, Restored. The passion of this family of faith is to declare the Kingdom, Restore the original faith of the Jerusalem Church, and care for God’s children.

Mardy is a hard-working, loving husband, father of two, and grandfather. He is the Director of the Church of God Restored, Author, Teacher, Pastor, Founder and President of COG Rescue, and business owner. His passion is his faith, and that faith informs his tireless service, his hard work, and his ability to love not only his own family, but also the brethren, and the orphans and destitute children that he helps. Mardy has been recognized by many to have a rare gift in communication. There is a kind of genius that can take the scholar's perspective and bring it to the layman's point of view. That is one of Mardy's gifts. However, as a philosopher and theologian, Mardy is atypical. Virtually every philosopher was wealthy. Mardy, on the other hand, is sort of a blue-collar Thomas Aquinas. He has been a featured presenter for the Church of God, Restored on a Television broadcast to more than half a million homes in Southern California, as well as similar gospel messages on the radio. He has been a teacher of the scripture for more than 30 years, taught in University and High School, and involved in Church Administration. He has given seminars, lectures, presentations, and sermons to thousands of people over his career. His messages have been heard in more than 20 different countries.